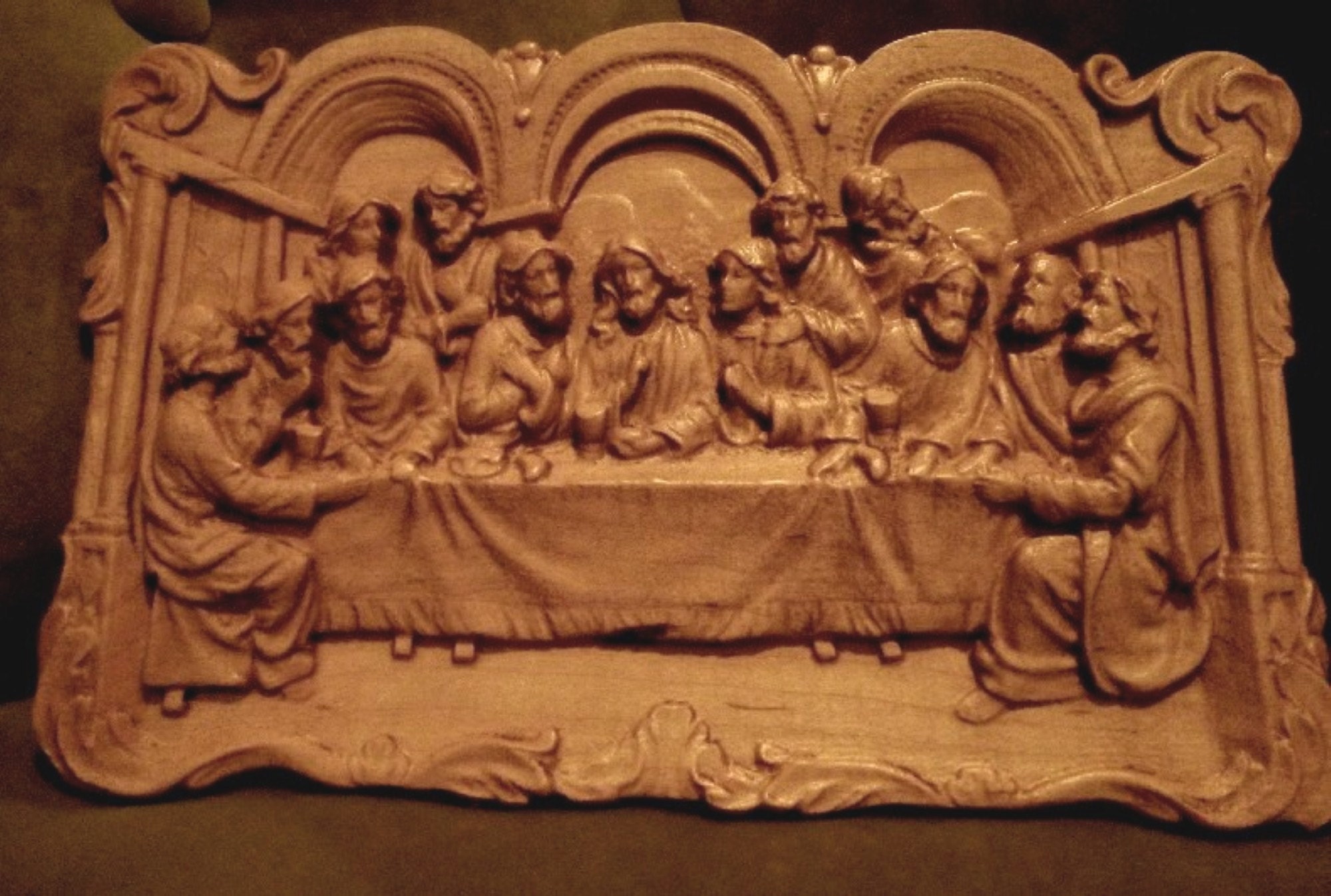 The carvings represent the scene of the Last Supper of Jesus with his apostles, as it is told in the Gospel of John, 13:21. Depicted is the consternation that occurred among the Twelve Apostles when Jesus announced that one of them would betray him.

Her are three different designs we have carved 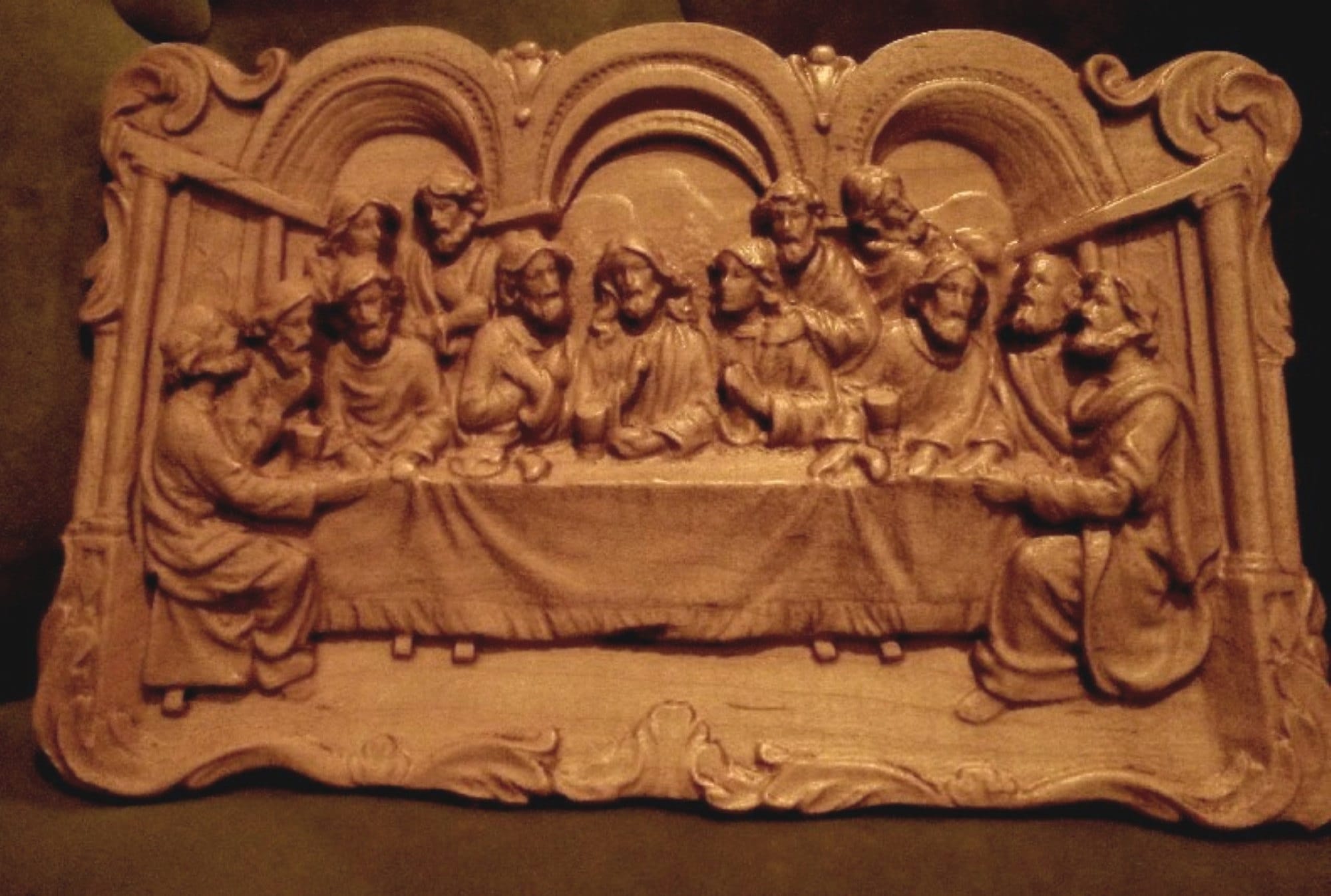 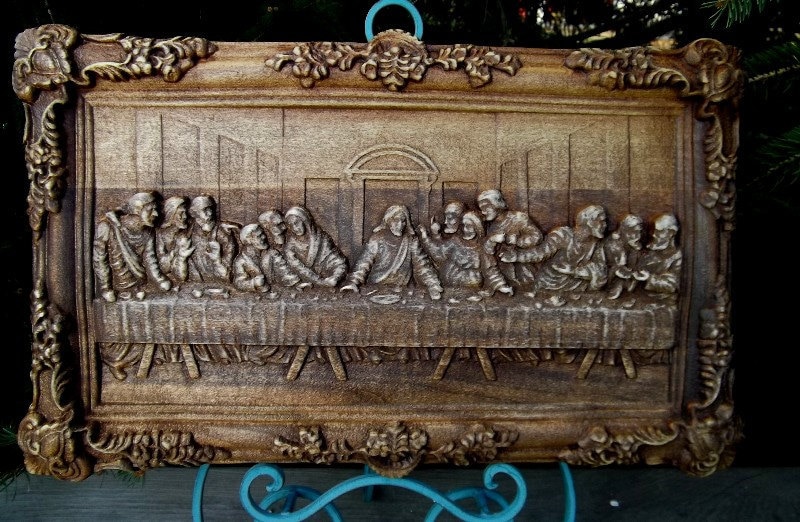 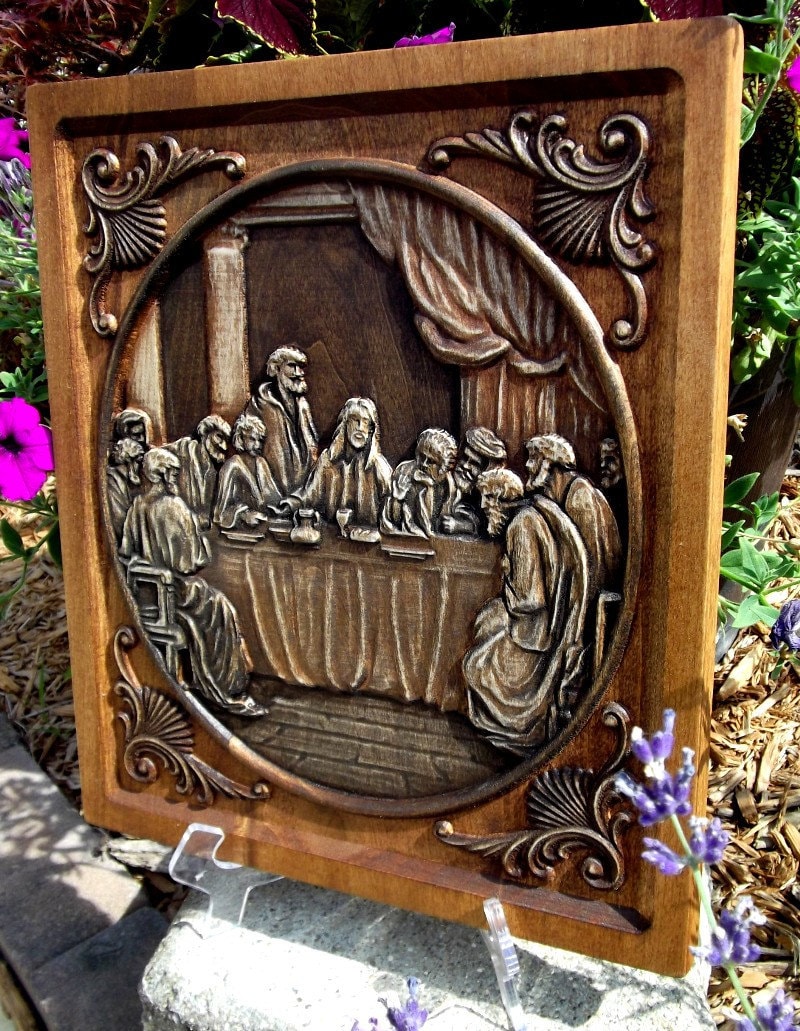